Anthony Joshua has won an unanimous verdict to reclaim his world heavyweight titles on Sunday. Two judges scored the fight 119-110 to Joshua and the other judge scored it 119-109.

The Briton produce a disciplined display to beat Andy Ruiz Jr on points in their rematch to reclaim his WBA, WBO and IBF belts.

Joshua controlled the fight with smart movement and better timing of his punches and there was no knockouts this time.

It is recollected that Ruiz knocked down Joshua four times on the way to a seventh-round upset win in New York in June 2019 but there was none of the drama in the rematch.

It was the first heavyweight title fight to be staged in the Middle East. It took place in the early hours of Sunday in a relatively cool 19 C (66 F).

The fight began at 12.15 a.m. local time soon after rain fell in the desert venue. 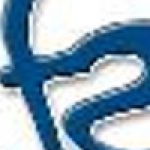