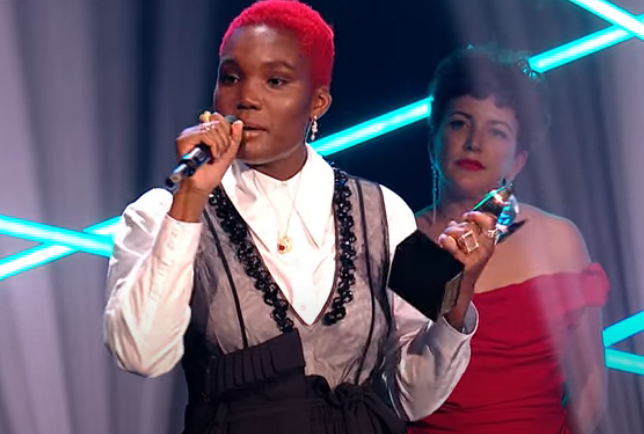 Arlo Parks was left “completely speechless” after winning the 2021 Mercury Prize for her debut album, Collapsed In Sunbeams.

The Indie-soul singer thanked her family and her team, saying: “It took a lot of sacrifice and hard work to get here,” she said, after regaining her composure on stage.

“There were moments where I wasn’t sure whether I would make it through – but I am here today, so thank you very much.”

Presenting the award, judge Annie MacManus said: “We chose an artist with a singular voice who uses lyrics of remarkable beauty to confront complex themes of mental health and sexuality, and connects deeply with her generation as she does so.”

Collapsed In Sunbeams, which was released in January, reaching number three in the charts, and selling 43,000 copies to date.

The Mercury Prize, given to the best British or Irish album of the past 12 months, is now in its 30th year.

This year’s list of nominees was typically eclectic, including chart-topping records by Celeste and Wolf Alice, alongside more left-field albums by jazz saxophonist Nubya Garcia and electronic composer Hannah Peel.

Ten of the 12 shortlisted albums were debuts, while four were instrumental or partly instrumental – reflecting changing listening habits during the pandemic.