Boxers To Wear Protective Masks During ring walks and could be banned from using a spit bucket between rounds when the sport resumes in July.

The events will take place behind-closed-doors under proposed rules, after being shut down as a result of the covid 19 pandemic.

All sports personel entering a boxing ring must wear protective masks throughout an event and the proposals include thorough testing of everyone involved. 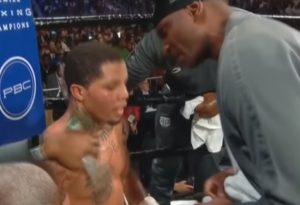 During an event, boxers can remove their protective mask only when inside the ring, but referees, team personel, officials, promoters and broadcasters must keep theirs on.

Spit buckets will not be allowed in the corners even though there will not be a complete ban on spitting as sealed device was cited as a possibility.

there will be no ring announcers, ring girls or TV cameras inside the ring.

High-risk Individuals, such as those with underlying medical issues, obese and pregnant women will not be allowed into boxing venues.

All personel, including boxers, will be tested for Covid-19 48 hours before a fight and they will self-isolate until their test result is known.

Promoters will be responsible for a hotel suitable for self-isolation as well as Covid-19 testing for boxers. There was mixed reactions from Promoters and stakeholders alike. Some describing the new arrangements as extreme.

Those moves are likely to lead to added costs at a time where ticket sales will be non-existent and the generation of pay-per-view revenue unrealistic in the short term.

The next major fights scheduled in Britain in July are: