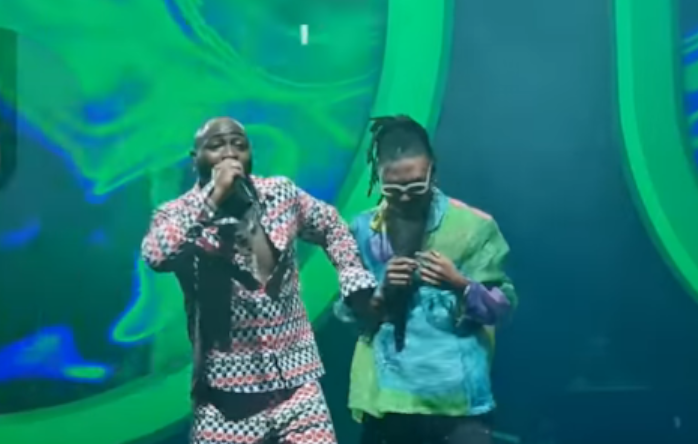 The venue, which is in the centre of The O2 entertainment complex on the Greenwich Peninsula in southeast London, has hosted many afrobeats artists in recent years.

Selling out the O2 or performing there, for many Nigerian artistes, has become something of a hallmark of success.

Afrobeats sensation, CKay was one of the performers for the night and the 26-year-old wowed the audience. The 20,000 capacity arena had attendees of the show singing along to Ckay’s nit song, ‘Love Nwantinti’ just after he performed his collaboration with Davido.

Another highlight of the night must have been Adekunle Gold’s performance with Davido. The moment had several attendees at the arena shouting at the top of their voice as they chorused the duo’s high song, ‘High’. The two singers were overwhelmed by the excitement that was visible in the attendees response to the monster hit song.

Attendees at the Davido’s concert sure had massive fun as the singer unfurled a long list of his catelogue of songs. Singing many of his hit songs that kicked off with Skelewu, also had the singer taking fans back in memory lane with his rendition of his hit debut singles, Back in the Day, and Dami Duro. He also performed his monster hit song, Aye, Gobe and many others to the fans’ acceptance and excitement.