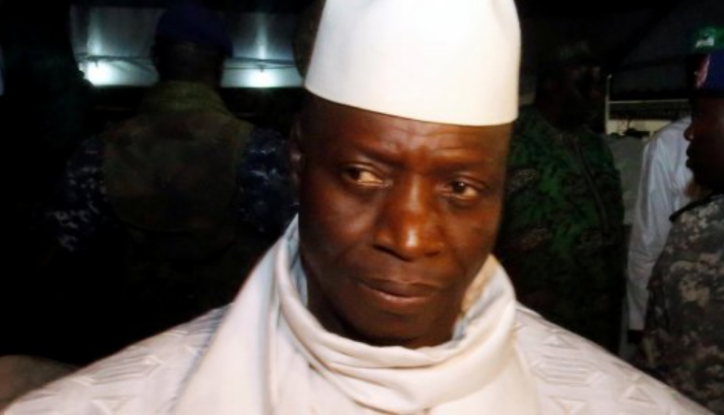 Rights groups in the tiny West African country have decried the possible return of the former President who ruled the Gambia from 1994 until he was forced into exile after refusing to accept defeat in the 2016 elections.

Jammeh is accused of human rights violations and killings of political opponents during his 22 year rule.

Human rights groups, ordinary Gambians and victims’ associations in the Gambia have characterized the alliance as a betrayal and are deeply disappointed in the political alliance.

However, some have interpreted his comments as meaning that the merger agreement may allow for Jammeh to return from exile without facing prosecution if Barrow wins the election.

Others also see the move as an alliance between political parties and not between the President and his former arch-rival Jammeh.

The 2021 presidential elections could also see a similar situation to 2016 elections, when a coalition of seven parties formed to run against Jammeh.

Jammeh seized power in 1994 as part of a bloodless military coup. He ruled until January 2017, when he fled to Equatorial Guinea after losing presidential elections to Barrow, who was relatively unknown at the time.

The Gambia’s government subsequently established a Truth, Reconciliation and Reparations Commission (TRRC) to investigate the litany of abuses allegedly committed under his 22-year rule.

It is due to hand a report on its findings to President Barrow later in September 2021.

While the truth commission has no power to convict, rights groups are highly anticipating its report to see whether it will recommend pursuing criminal charges against the former leader.