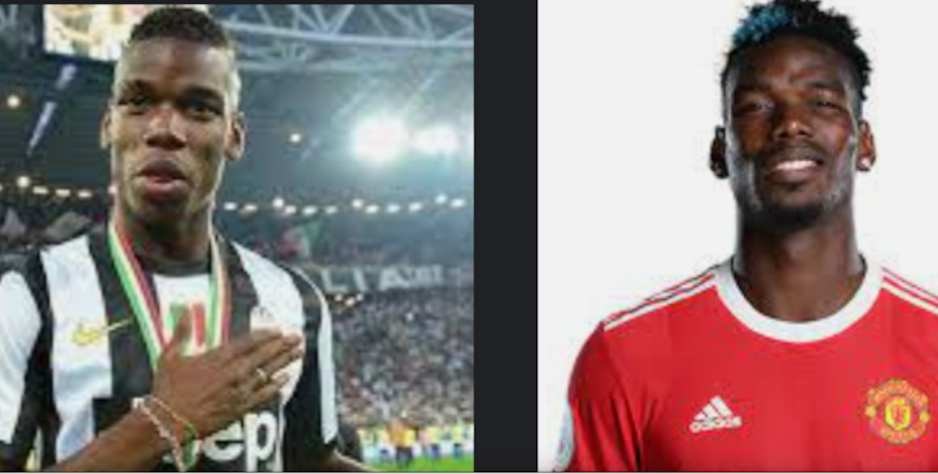 Paul Pogba has rejoined Juventus on a four-year deal from Manchester United after his contract expired. He flew to Italy on Friday for his medical before Monday’s announcement.

The France midfielder last played for United on 19 April because of injury, and was a free agent this summer after he and Manchester United failed to agree on a new deal.

The 29-year-old won the Serie A title twice with the Italian giants before a then world-record £89m transfer to United in 2016.

In a video on Juventus’ social media, Pogba said: “As you can see, I’m back and I’m very happy – I can’t wait to start with you and win trophies with you. We’ll be there on the pitch in the stadium, all together.”

Juventus said: “When we say goodbye after an intense adventure shared together, there is always a glimmer of hope that we will see each other again, sooner or later.

“He left as a boy and returns as a man and a champion, but there is one thing that has not changed – the desire to write unforgettable pages of club history together once more.

“Pogba is back and we couldn’t be happier.”

Manchester United confirmed at the start of June he would leave Old Trafford this summer.

Pogba joined the United academy from Le Havre as a 16-year-old in 2009 and won the EFL Cup and Europa League in his first season back but he did not win any other trophies in his second spell at the club.

He has 91 international caps, was influential as France won the World Cup in Russia in 2018.

He scored 16 goals for United in the 2018-19 campaign, but over the past three seasons found the net eight times in 91 appearances, with one from 27 last term.

Pogba scored 39 goals in 233 appearances across his two spells at the club, but his final home appearance against Norwich City in April saw him jeered by United supporters as he was substituted.

They had been Italian champions for the preceding nine seasons, with Pogba playing a key role in their title wins from 2012-13 to 2015-16.