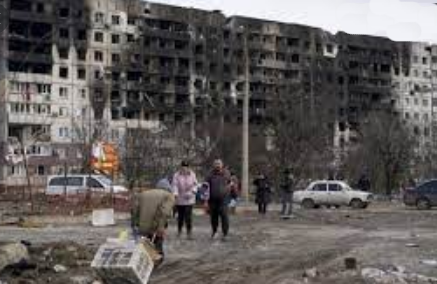 Statements from Ukrainian authorities said that Russia has bombed an art school in the port city of Mariupol.

The education centre, in which about 400 people had taken refuge, was bombed on Sunday.

Ukraine’s President, Volodymyr Zelenskyy, said an unrelenting siege by Russian troops would go down in history for what he said were war crimes.

He said “To do this to a peaceful city, what the occupiers did, is a terror that will be remembered for centuries to come.”

Local authorities said the school building was destroyed and there could be people under the rubble. There was no immediate word on casualties.

This comes after the Russian military bombed a theater in Mariupol where civilians were sheltering.

The City’s authorities said 130 people were rescued but many more could remain under the debris.

A Russian airstrike hit a maternity hospital in Mariupol earlier in the war.

Mariupol, a strategic port on the Azov Sea, has been encircled by the Russian troops and cut from energy, food and water supplies, and faced a relentless bombardment.

Local authorities have said the siege has killed at least 2,300 people and some of them had to be buried in mass graves.

So far, Russian forces have fired on eight cities and villages in the eastern Donetsk region in the past 24 hours, including Mariupol.

Dozens of civilians were killed or wounded, and at least 37 residential buildings and facilities were damaged including a school, a museum and a shopping center.

The western city of Lviv, Ukraine’s cultural capital, was hit by Russian missiles on Friday. 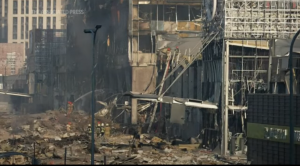 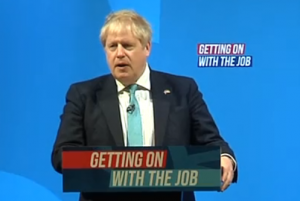