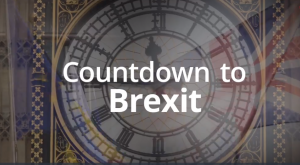 The European Union has set Britain demands to see a replacement for the Irish backstop but the alternative to the backstop will not be implemented until the end of December 2020.

The UK parliament has rejected the demands three times already because it cannot meet the set deadline. The British government believe that the implementation will be shaped by the future relationship with the EU which is still to be determined.

The plea for more time was made after President Macron of France and the Finland’s prime minister Antti Rinne issued an ultimatum in Paris on Wednesday, giving Boris Johnson until the end of September to table workable proposals.

The European Commission has confirmed that it has received documents from the UK and it will have technical discussions on some aspects of customs, manufactured goods, and sanitary and phytosanitary rules.

So far, British negotiators have been visiting the EU capital frequently for talks, but with little sign of actual progress. They hope that the EU will drop any demand for a backstop in the withdrawal agreement, and let the UK have a transition period without a backstop in place.