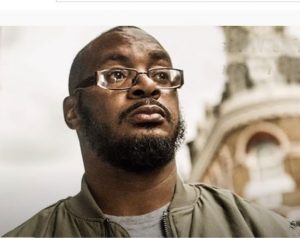 Mercury prize-nominated rapper Ty has died aged 47 after contracting coronavirus. He was nominated for the Mercury prize for his album Upwards.

He came out of a medically induced coma which helped to temporarily sedate his body to receive appropriate treatment for his condition.

After coming out of intensive care in mid-April, his condition improved, however, he had later contracted pneumonia which ultimately resulted in his death.

Ty released his debut album “Awkward” in 2001 earning him a cult audience. He then broke into mainstream with his 2003 album “Upwards”.

The album then brought him a nomination alongside Amy Winehouse and the Streets for the Mercury prize in 2004.

Ty went on to record three more albums. He was also a spoken word artist, and an associate of The Hip-Hop Shakespeare Company, founded in 2009 by rapper Akala,

In 2019 he formed a UK hip-hop supergroup called Kingdem with rappers Blak Twang and Rodney P.

Over the years he also collaborated with De La Soul, Soweto Kinch, Roots Manuva and many more.

Close friends including fellow rappers and musicians, his family and fans are devastated of his death and have paid tribute to his legacy via various social media platforms.