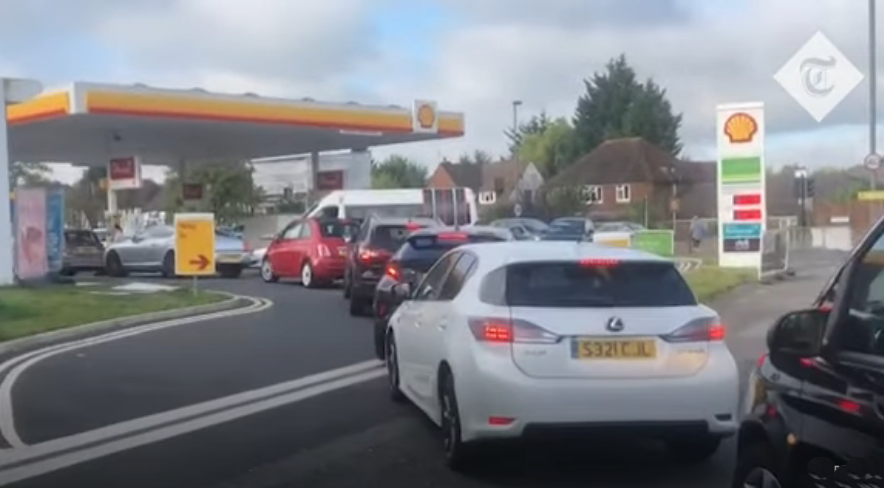 The British government says there is no fuel shortage at refineries but rather shortage of drivers and is urging people not to panic buy.

Although the shortage of lorry drivers and hauliers threatens more disruption to deliveries of petrol, food and other goods.

BP confirmed closure of 20 of its 1,200 petrol forecourts, with between 50 and 100 sites affected by the loss of at least one grade of fuel.

EG Group, which has 341 petrol stations in the UK, is introducing a limit of £30 per customer on all grades of fuel due to “unprecedented customer demand”.

The AA’s President, Edmund King, said this should be a short-term problem. He believe current queues at petrol stations are temporary because the supply chain is not disrupted.

Lorry drivers have said some of the conditions they face in the job are putting off younger recruits – the average age of a HGV driver in the UK is 55. Details of a temporary visa scheme to make it easier for foreign lorry drivers to work in the UK are to be set out. It is understood that about 5,000 temporary visas could be issued.

Any changes to immigration rules would be for a limited period only, and there would be a cap on the number of workers allowed to enter the country.

The Road Haulage Association estimates the UK is short of about 100,000 HGV drivers. The Association say that existing shortages has been made worse by the COVID-19 pandemic and Brexit.